This suite is a result and initiative of Fred Vásquez (NY) in fact he “composed” this suite with my existing pieces that I composed and recorded during my guitar life on my 3 albums until now released.
”Nacido en Valencia” recorded in Holland when I was 28 years old, “Alma”nearly 35 years later when living a long time already in Spain, and “Dejarse llevar” two years after the reléase of the Alma álbum.

He considered my music to have a spiritual base that he related with the story of the passion of the Christ. 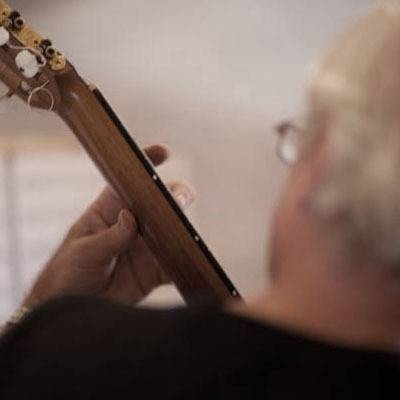 I had to get used to the idea, but after some time I understood his idea and liked it. It felt also as a kind of acknowledgement that my music for him had that kind of spritual sense, so an honour to me.

I composed the Announcement as a kind of prelude and asked Rebeca Oliveira (Portugal) but living in Germany, Weimar) if she wanted to play and record the 9 pieces that form the suite.

She liked the idea and now the complete audios can be heard by you here on my site. From the 16th of december 2022, Rebeca will post weekly the 9 videos on her Youtube channel where you can see her play, at the end we will publish the links of the videos as well on this site.