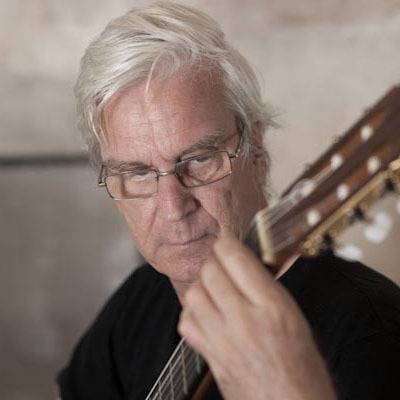 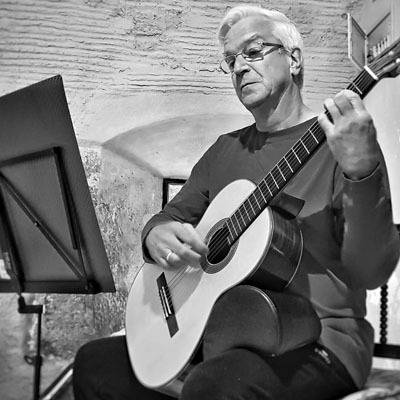 Fred was born in 1948 in The Hague in Holland as third of three brothers in a humble family.

It was at the age of 14 that his interest for the guitar was awakened during a trip to the Costa Brava in Spain. There he saw a guitar in the window of a small shop and he could not stop thinking of the guitar during his stay in the village on his holidays. Trying not to spend money as much as possible at the end he just could buy the guitar of the money that his mam had given to him for the trip. He learned to play by himself and after secondary school, he presented himself at the Royal Conservatory of The Hague. He was received by the director Mr Kees van Baarn who lett him play. After he admitted Fred to start his study in the conservatory. But after a year he stopped the study not happy with all the theory being an autodidact and feeling unease between older students missing too much knowledge of Solfeo and theory.

He started to work in a bank office. After obliged service in the army for a year and a half, lots of different types of jobs followed until he specialized after a study as a social worker. In that field, he worked for several years. But the guitar did not let him untouched so he returned to study by himself. In 1980 he started “La Guitarra Buena” a specialized shop in classical Spanish guitars, in a characteristic very small shop in the centre of Amsterdam. It was a great success. In the quiet hours in the shop, he played a lot and it was there that he composed the songs for his first album “Nacido en Valencia”, “Born in Valencia”, city to where he regularly travelled to buy the guitars for his clients. As the title of the album suggests, Fred feels like a Spanish person, as his music sounds Spanish, and in 1986 he, with his family, wife and two young sons, emigrates to a village near Valencia.

His new life and the care for his family drow much attention of him and the study and playing of the guitar suffer under the pressure of the struggle for life. A new baby girl was born and Fred is working hard in different types of jobs as for instance an export agent of different Spanish products, yes among them guitars.

In the years just before going on pension Fred returns intensively to the guitar and restarts composing pieces for the guitar as well. The melodies flow easily from his hands driven by his intuition that reminds of Spanish composers as Francisco Tarrega or Daniel Fortea. It was a  big surprise when he discovered in 2015 that his choice for the Spanish village where he had chosen to live was not just a coincidence. In the village next to his village in “Quartell” passed Maestro Joaquin Rodrigo his young years as child and grandson of the mother of the Maestro. Fred is a great admirer of the music of Maestro Rodrigo. These ingredients made Fred, with the help of the town hall, to fund the “Guitar Festival Maestro Joaquin Rodrigo of Quartell”, celebrated every year at the end of June in the village which event is well received by the village people and surroundings and the participating artists longing to feel the air the Maestro  felt in his youth.

From 2019 the music of the great master sounds through QR,s on 15 different shields colocated in the streets of the village on places where little Joaquin must have been from 1901.

The music of Alfred, intuitive, original, melodious easy going for the ear based and bathed in emotions as nostalgy, sadness, love and beauty, sometimes surprising. All sources without end for his pieces.

In fact, they express my life. 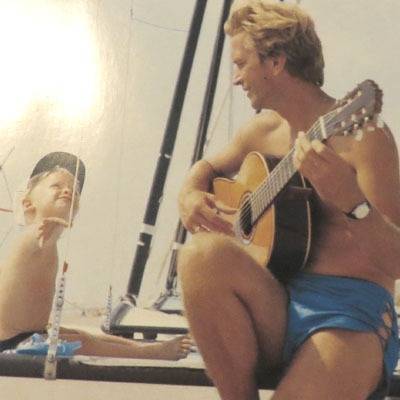 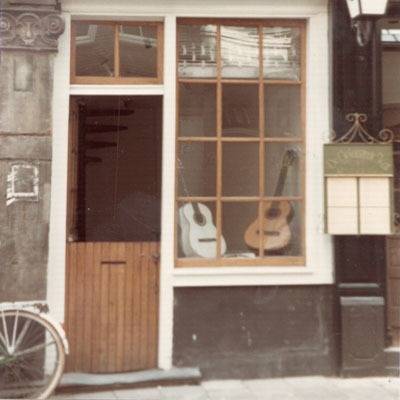